The idea of holding a yacht race across the Tasman sea to Mooloolaba originated in the late 1960s. New Plymouth Yacht Club members; Howard Vosper, Dennis Lobb and Phillip Goodsell proposed holding a singlehanded Trans-Tasman race at an AGM and a committee was formed in 1968. The only other singlehanded ocean race in the world, at the time, was the Observer Singlehanded Trans Atlantic Race (OSTAR) from Plymouth UK to Newport , Rhode Island, USA, and it was attracting large numbers of people.

The NPYC contacted Royal Western Yacht Club who ran the OSTAR and adopted the same rules for the Trans - Tasman event. Iconic English singlehanded sailor, Sir Francis Chichester, who had been an OSTAR founder, also gave his wholehearted backing and support to a Tasman race.

Mooloolaba in Queensland was chosen as the finishing point, on the advice of the Royal Queensland Cruising Club, because it has easy access with sheltering breakwaters and is well clear of shoals and strong tides in Moreton Bay and Brisbane.

The first race attracted five entries, three from NZ, one from Australia and one from USA - an international race. So began an event unique to New Plymouth and of endless interest to the yachting fraternity of Taranaki, New Zealand and the World. Thirteen races have been run with the next one being held in 2022.

Looking at previous Solo Trans-Tasman Race results, gives a good record of those involved to date many of whom have sailed on to collect other accolades and achievements. The race history tells of shipwrecks, dismastings, and an abandonment. The Tropical Cyclone "Hal" in 1978 gave the yachts a "hard time" but while two yachts have been lost (Josephine hit Middleton's Reef, Easterly One was rolled over and dismasted and abandoned at sea, but she later drifted to the Queensland coast and was salvaged) no lives have been lost. Anti-biotics taken for appendicitis by veterinarian Ian McBride - sailing Unique in 1974 probably saved his life. New Plymouth skipper Graeme Francis hit a whale in 1986 sailing Red Shift and probably thoroughly frightened both ship and the massive mammal she struck.

Only in three of the races has it been possible to pick the probable winner. In the other races there have been a few  surprises. Bill Belcher, in the little Raha, in 1974 cleaned up the fleet to everyone's surprise. Pat Costello drove Chubasco hard in 1978 and won in an excellent time with a dozen very experienced yachtsmen trailing in his wake. In 1982 John Sayer in a fast ferro-cement sloop also headed of other yachts that should have beaten him. He won, but only by one hour, 28 minutes.

The fastest time ever for the crossing is held by Ian Johnston, who in the 1986 race, sailed the trimaran Bullfrog Sunblock the 1280 nautical miles in 6 days, 8hrs 50mins, an average speed of just over 8 knots. Alby Burgin's win in Alstar in 1990 was another great performance by a very experienced Australian. Driving hard into strong headwinds and rough seas, his crossing time of 7 days 18 hrs was a great and memorable effort for someone around 74 years of age.

The Solo Trans-Tasman Race has been enthusiastically supported by the Short Handed Sailing Association of Australia. In some of the past races, notably 1986, Australian skippers predominated with the first nine yachts to finish. Beginning in 1982, a two-handed race from Sydney to New Plymouth (then called the Transfield Race) has provided a feeder race for the solo race. Some of these yachts have then raced back to Mooloolaba solo.

Sailing from New Plymouth, and once clear of the coastline, yachts have a clear passage to the Mooloolaba entrancene which is well marked by the big lighthouse on nearby Point Cartwright. Lord Howe Island and the Elizabeth and Middleton's Reefs area lie close to the track and Bill Belcher was unfortunate to go ashore there, largely due to the stormy skies created by  Cyclone "Hal", preventing him from getting an accurate navigational fix.

Likewise John Jury's Easterly I, would not have been abandoned, had he know his position. 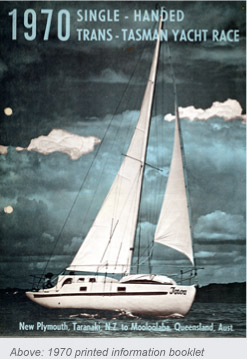 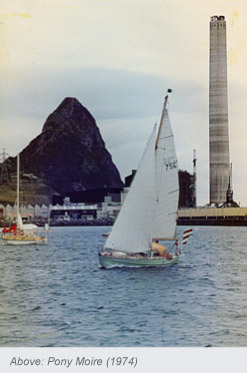 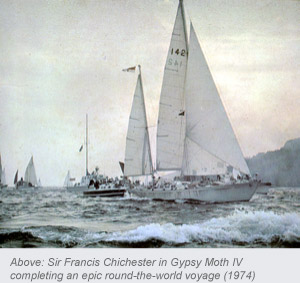 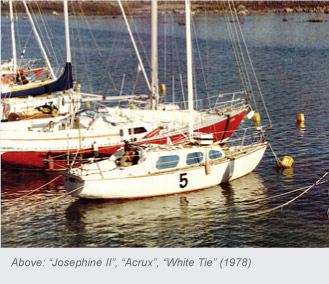 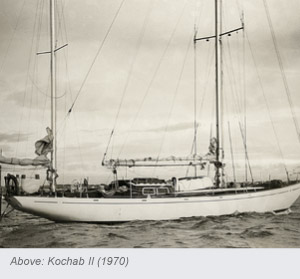 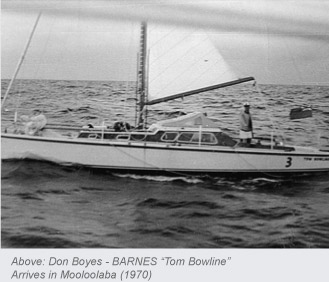